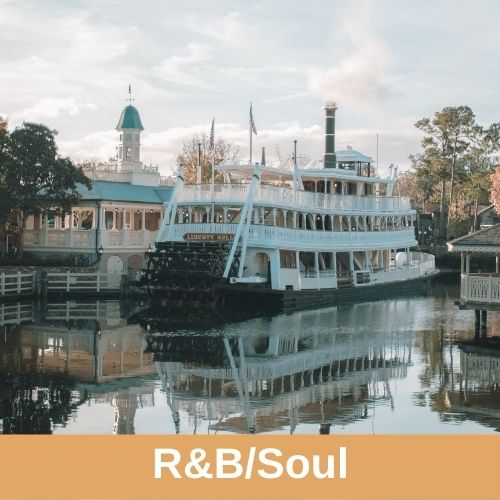 Before her stunning comeback solo career, Tina Turner was known for the Ike and Tina Turner Revue. Starting in the late 1950s, the group made step after step towards fame, recording many songs and touring widely, including a stint with the Rolling Stones in the UK. By 1971, the group had begun to venture away from their usual R&B songs to include rock and roll, and they released a cover of the well known Creedence Clearwater Revival song “Proud Mary.”

“Proud Mary” was written by John Fogerty. This song was created by combining a part of a song about a washerwoman named Mary and his own experience of being discharged from the National Guard just two days prior to writing the song. When they released their version, Ike and Tina Turner made this song their own. The version starts out at a slow relaxed pace with gentle singing. When the song repeats, the band breaks into a funk rock style at a faster speed. Ike and Tina Turner’s version made the top 5 on the charts and brought them opportunities on shows like the Ed Sullivan Show, Soul Train and the 1970 film It’s Your Thing.

Left a good job in the city

Workin’ for the man every night and day

And I never lost one minute of sleepin’

Proud Mary would be a great song to use in a 1:1 setting or group and would go well with a collection of songs about Rock and Roll, Jobs, and Changes in Life. It can be used as a transition into group discussion, an opportunity for musical engagement, movement and more.

Theme – This song would fit well into a collection of Rock and Roll songs, songs about changes in life or jobs. Other complementary songs may include “Have You Ever Seen the Rain,” “9 to 5” and “Changes.”

Encourage the group to discuss the different kinds of jobs they have done through the years.

Listen to both the original version of “Proud Mary” and Tina Turner’s version.

Movement: Try out seated dance moves or rhythmic movements along with the song.

Add instruments: Layer in one instrument at a time during the slow section of the Ike and Tina Turner version and all join together when the song goes into the fast tempo. Add directional playing (up, down, out, and in) to add dance elements to the song. Alternatively, shake along on the main beat of the song.